Our library buildings are closed until further notice. Thanks for your support and patience as we continue to evaluate and adjust our operations due to COVID-19. While our buildings are closed, we’re still here for you with online resources, virtual events, and appointments for no contact pickup service. Read more 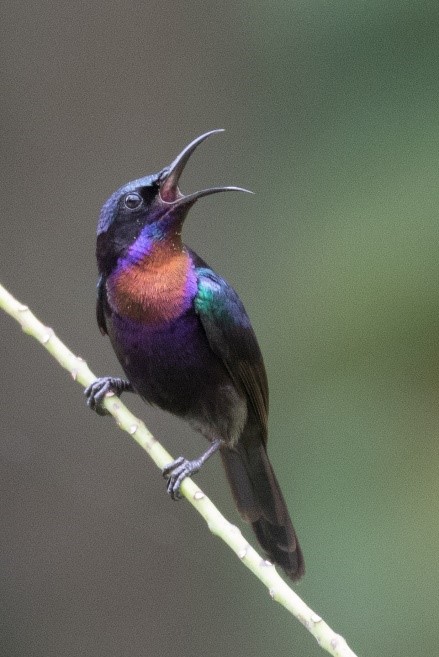 Birds & Islands with Bob Lewis: Program 2 of 4. Sunda - A Land of Birds, Beasts and Dragons

With a series of four talks about four very different island habitats, we’ll explore the importance of islands to avian evolution, including speciation and extinction.  As islands form, birds arrive and establish unique island populations.  Over time, they may evolve into new species, flourish in the absence of predators, or die off due to the impact of hurricanes or newly introduced predators.  We’ll look at a number of island endemic birds, talk a bit about geology and island formation, and consider the impact of man on bird survival.

Sunda - A Land of Birds, Beasts and Dragons

20,000 years ago, the lands which make up Malaysia, Indonesia and Singapore were all interconnected in the area geologists call Sunda.  As glaciers melted and the sea level rose, islands like Borneo, Bali and Komodo were separated from the mainland of Asia, where the Malaysian peninsula is today.  Alfred Russel Wallace explored this area in the 19th century when he independently developed the concept of evolution by natural selection made famous by Darwin.  While reviewing many of the avian families of the area, we’ll touch on some of the other forest creatures, the importance of islands to evolution, and the impact of the palm oil industry to tropical forests.

Bob Lewis trained as a chemist and worked in the energy industry for 33 years.  He’s taught birding classes in the San Francisco Bay Area for over 25 years and is the past chair of Golden Gate Audubon’s Adult Education Committee.   His life bird list is over 4900 species, and he loves to travel.  He’s an award-winning photographer, focusing on birds, and has recently returned from South Africa and Namibia.  Bob was honored with American Birding Association’s Chandler Robbins Award for Education and Conservation in 2016 and GGAS’ Paul Covel Award for Education in 2017.

SPACE IS LIMITED. Please register in advance.
Registered patrons should arrive 30-10 minutes BEFORE event for seating.
Ask at the Reference Desk for assistance registering.